We want to congratulate our Field Service Coordinator, John Fearing on 20 years of service here at Advanced Gauging Technologies! John has been involved with the gauging industry ever since he graduated college when he began his career at Weston Control Systems. Over the years this company was bought out and changed names several times but John never stopped working on the service side of gauging.

In the time since John began working, he has been to multiple countries such as Russia, France, and Spain to complete service and startups. Then way back in the year 2000 he was contacted by A.G.T. with an opportunity he couldn’t pass up. 20 years later and John continues to be an asset to the company and the gauging industry. We don’t know what we would do without him! 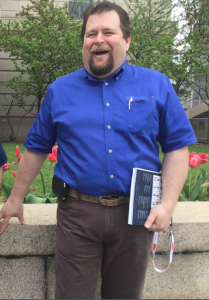